A short prologue film to The Family Way. A teen-aged killer terrorizes a town, unaware that he's being followed by a family who takes a special interest in serial killers.

A re-imagining of the Norse legend of the Trickster God Loki's bondage and release, set in both ancient and modern times. Loosely based on the feature-length screenplay.

Strange things happen when a man tries to murder an entire family in order to gain membership into a union for serial killers.

The Stay-at-Home orders during the COVID-19 pandemic are making things difficult for everyone! This mockumentary follows five serial killers who are finding ways to cope with the "new normal".

The pets of the cast of Rogue Chimera Film's Stuck-At-Home team discover that having their humans at home all the time can be a real drag.

The latest plague from Pandora's box is so bad that even the gods are forced to lockdown.

During a mandated public shut-in, a man finds amusement in prank calling women.

Created for a Stuck-At-Home 48 Hour Film Challenge.  The assignment was to create a mash-up trailer with Deadpool and The Hitchhiker's Guide to the Galaxy.

Feature-length film in development
(This project is seeking financing.)

This award-winning screenplay puts unique twist on the "crazy family" horror story.  After springing their trap on a group of vacationers, the murderous Cultry family discovers that one of their intended victims may have the potential to become one of their own. 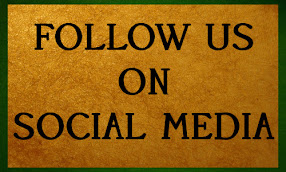