THE FATHER OF LIES 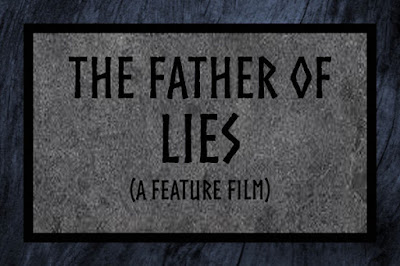 Loki, the Norse Trickster God, leaves a path of death and destruction in his wake as he hunts down the keys that will free his three monstrous children and bring about the end of both the gods and humanity.

Standing in his way are the gods Thor and Tyr, who have been sent to Midgard by Odin to prevent Loki from releasing his children and bring him back to Asgard alive.

Unbeknownst to the gods, the keys are in the possession of Henrick, an old man who fondly remembers the legends of his homeland. He has just gifted his three grandchildren with unusual-looking trinkets.

The Father of Lies (aka The Gods of Stories) is a feature-length movie is in early development and is seeking financing.  The screenplay is currently in competitions.

In 2018 Rogue Chimera Films produced a short film entitles "Father of Lies" loosely based on this story as a proof of concept piece.